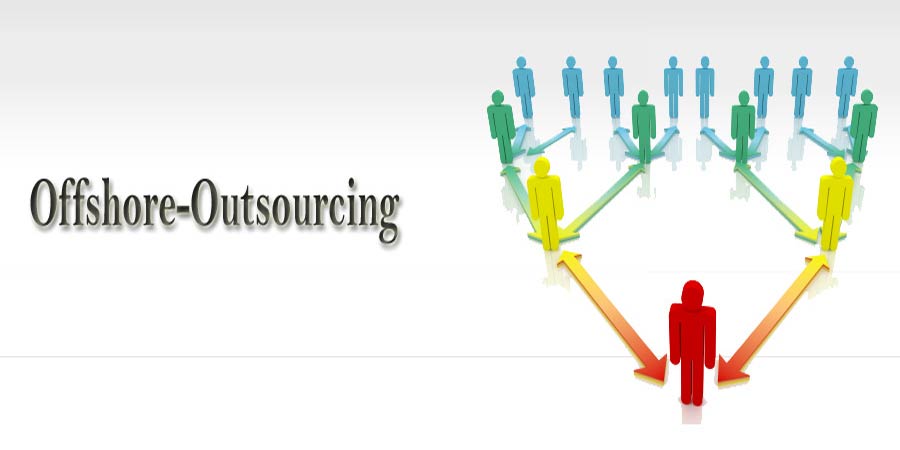 Outsourcing & Off shoring… Two sides of the same coin??

Well, these two words, Outsourcing and Off shoring are being used rigorously and we cannot deny to the fact that people use these two in contrast to each other. These words are often using almost synonymously in much of the popular literature today. It would be easy for us all to recall the increasing trend of OUTSOURCING- A KEY BUZZ WORD IN THE BUSINESS WORLD. Off shoring in many ways comparable to Its but these two are completely different from each other.

Outsources refers to the contracting out of an entire business function, a project, or certain activities to an external provider/a third party company, essentially sourcing something like accounting services or manufacturing of a certain input to another company.

For Instance, a U.K based firm hands over its payroll and IT transaction activities to a specialist in the U.K.

It is a very familiar word in the world of CALL CENTERS AND CUSTOMER SUPPORT, which is often outsourced to third party agencies. Location is never a constraint while outsourcing a business or its function.

While,Off shoring has a close contact with Outsourcing but it’s not exactly the same. Off shoring is when a business chooses to outsource work to a country different from where the business is based.

It is not mandate that outsourcing should involve while off shoring a business or its activity.

Example, Vitara Motors,a US company decides to open a factory is INDIA and shifts one of its activity of car production in India. It would be termed as OFFSHORING AND NOT OUTSOURCING, because it would be still an American company performing its operations in India.

Many large companies, outsource their customer support department to other countries, this is off shoring. Some of the common examples of off shoring are: Production Off shoring, IT-enabled services offshoring, etc.
Key reasons a business can choose to offshore are:

It is important for any business to analyze its need so that a decision of OFFSHORING OR OUTSOURCING take wisely. Several are the instances where the company’s decision of outsourcing or off shoring proved to be wrong and
Well one cannot deny to the fact that as businesses are getting globally connect. The thin line between these two may soon become blurred.